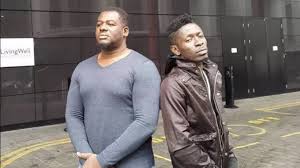 2021 has started off badly for the artiste manager Bulldog. First, his arrest by the BNI after her threatened the President of Ghana and now his sacking by Shatta Wale.

Bulldog as we all know is the manager of Dancehall King Shatta Wale until his release from office by the Shatta Movement Team.

According to reports that are not official yet, Bulldog was fired as artiste manager of Shatta Wale because of his issue with the Ghana Police after he rained threats on the President of the Republic.

The main and official reason for his dismissal is yet to be known.

As at now, one Mr. Nana Kojo Owusu Koranteng is responsible for all the affairs of Shatta Wale.