KSM in an interview with Eugene of NKONKONSA MEDIA alleged that acting in Ghana doesn’t pay because the country’s movie industry is still growing and as result cant pay actors and actresses much money.

KSM additionally professed that, the cars and houses various actors and actresses flaunt were bought with monies from their side jobs and not from the wages from the movies that they cast.

Amidst this ongoing debate on various social media platforms as to whether being an actor or an actress in Ghana really does pay or not, the mother of two has resorted to her Instagram page to show off the expensive same time luxury properties she has acquired being an actress to rubbish KSM’s arguable submissions.

Well, KSM is not the first showbiz personality to publicly disclose that being an entertainment person in Ghana is worthless because they earn peanuts at the end of the day. 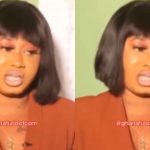 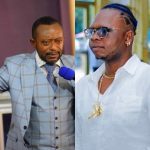