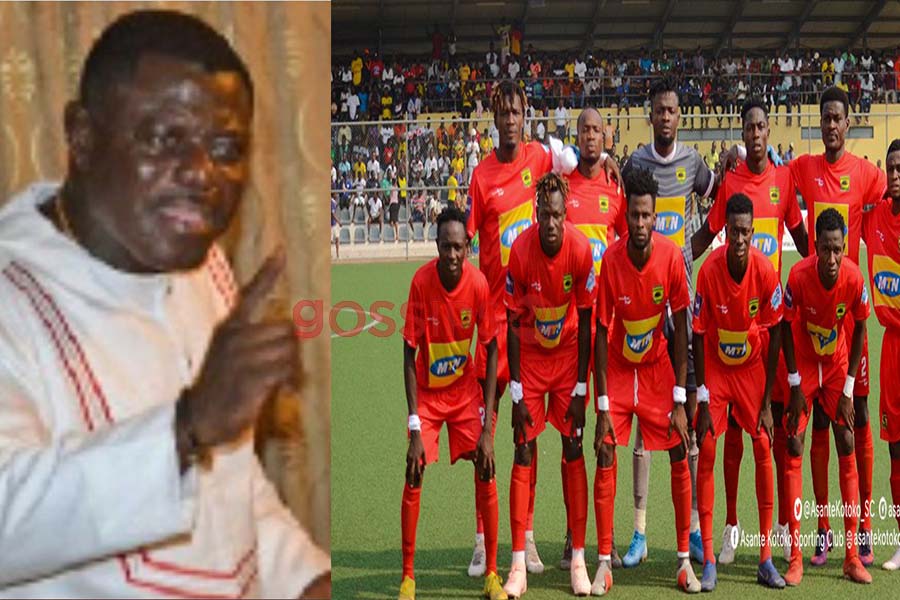 Kumasi Asante Kotoko, honestly, has had the worst run ever. Even in the First Capital Plus Premier League, they have won one out of their last five games.

The worst that called for the worst reaction from the club’s chairman was when they lost to a lower-tier side Asokwa Deportivo in the Ghana FA Cup competition.

Kotoko’s loss to Deportivo made it their second straight loss, having succumbed to a 1-0 defeat to Aduana Stars in the Premier League on Wednesday.

Their chairman had no option than to call for a crisis meeting with the Kotoko team, from Coach to the last player on the bench.

In a seven minutes audio available to Gossips24.com, the ‘madness’ of Kwame Kyei went on a full tirade, tearing the Kotoko players apart for not putting up good performances in recent games.

He poured his heart out and went blunt on the abysmal performance of the team, he threatened to dissolve the entire team if that is what it will take to uplift the image of the team.

“I don’t care dissolving the entire team. I can dissolve the whole team, sack all of you and start afresh. This club is not a useless club. It is a team with history. This stupid and village attitude is the reason you cannot play in Europe.”

He is well known to have the ‘father of all’ kind of heart but it appears what is happening with the club is the worst and he would not sit to tolerate it. What made him mad was the fact that the club lost to a side that feeds on ‘koko’.

Camarat (owner of Asokwa Deportivo) doesn’t give his players 100 cedis. He buys porridge and they all share to eat. That’s their only motivation to play. Then you allow these small boys to beat you and you call yourself professionals”

Though the aim perhaps is to motivate and inspire a reaction from the players who have gone two games without a win, many are of the view that the words used in delivering the message were a bit ‘harsh’.

LISTEN TO THE AUDIO BELOW: