A young man who is believed to be a sakawa boy has been caught chopping the hell out of a madwoman in a classroom at Abuakwa, a suburb of the Ashanti Regional Capital.

According to reports gathered by Gossips24.com, it was believed that the man who said he was going to buy food and give it to a madwoman in the community forced the madwoman and slept with her in a classroom block.

The culprit, Abubakar speaking on his relationship with the mad woman said the woman had earlier complained of hunger so he passed by to give her food.

However, when they left the school to attend to their pressing need, Abubakar went back there and was having several bouts of s3x with the mentally ill woman.

This sad incident occurred at Abuakwa L/A Primary School in the Ashanti Region of Ghana. 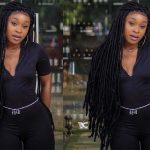 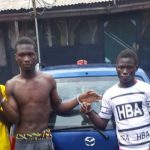