Popular Kumawood actor, Justice Hymns aka Mmebusem(Proverbs) is set to contest for the seat as the assemblyman for his electoral area, Kwabre Kenyase West, in the Ashanti region.

In a flyer with the intention to contest in the district level elections of the actor sighted by gossips24, he has as his motto: “Unity with Entertainment, Sanity with Development”.

Mmebusem Drags Salinko To Court For Slapping Him On Stage… 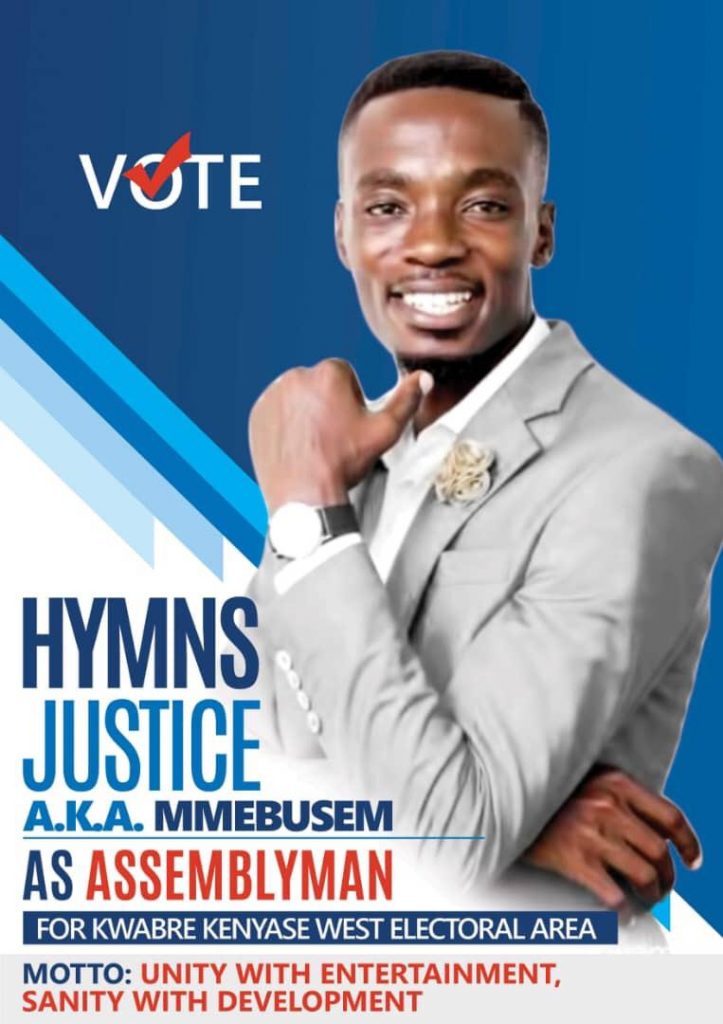 This very early declaration of intentions certainly shows that Mmebusem is poised to contest in the election which is expected to take place in the last quarter of the year 2019.

The addition of actor Justice Hymns as a part of the list of Ghanaian actors who have decided to contest in any political position swells up the number a little. It will be recalled that already the like of actors Abraham Davis, popularly known as Salinko, Micheal Afrane, and a few others have contested for political offices but unfortunately, they failed to win.