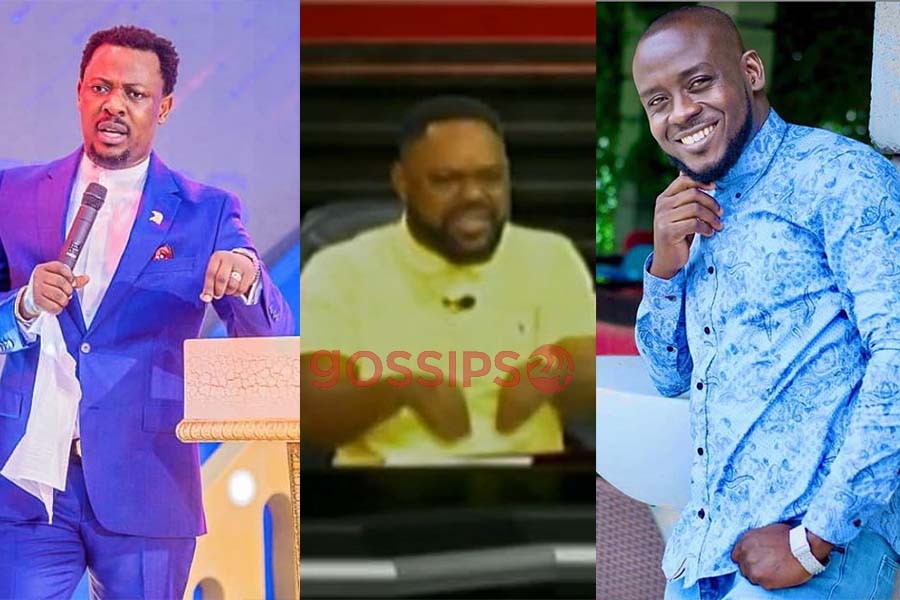 Former Junior Pastor of the leader and founder at the Prophetic Hill Chapel, Nigel Gaisie, Kakra Essien has finally let the cat out of the bag on how Nigel Gaisie chopped Nana Romeo’s girlfriend.

Earlier Afia Schwarzenegger alleged that Nana Romeo and Nigel Gaisie are no longer friends because the man of God had s3x with the radio presenter’s wife.

Nana Romeo has neither confirmed nor denied the allegations from Afia Schwar which left the rumour hanging.

However, it appears there’s some truth in Afia’s allegations as Nigel Gaisie’s former junior pastor comes out with the hard truth on the Net 2 Tv show dubbed, “THE SEAT“.

On Monday, June 15, 2020, Kakra Essien alleged that Nigel Gaisie slept with Nana Romeo’s girlfriend whom he introduced to the man of God.

According to Kakra, Nana Romeo was a very good friend of Nigel Gaisie because he gave Nigel the exposure before and after the late Ebony’s death which confirmed Nigel’s prophecy.

He explained that Nigel automatically became the spiritual father of Nana Romeo who felt it was right for him to introduce his girlfriend to the popular man of God.

To the disappointment of Nana Romeo, Nigel snitched on him by chopping the girl…lol!

Just Clement is a Ghanaian Entertainment Blogger, Social Media Commentator, and a Software Engineer. He loves to read and record videos. He gained prominence among bloggers in Ghana after promoting BET Nominee Kwesi Arthur in 2017 to win the VGMAs and also head for the Black Entertainment Awards.
CONTACT: [email protected]