The internet got buzzing earlier today after a supposed atopa video of the instagram celebrity went viral.

Many have been wondering how Poloo’s naked video surfaced on the internet without greeting her first since she was almost blackmailed some time ago by an unknown hacker who had keys that could tarnish her image but reverted the situation with a master tactic.

Well, she somehow couldn’t prevent this one, which can be described as a back slap from her own friend, from happening.

According to a brief explanation by Ola Michael on how the video got leaked, Akuapem Poloo’s best friend happened to have recorded the said video in 2019 when they were living together at Poloo’s house.

However, Poloo’s best friend at the time refused to delete the video which she planned on using it against her to tarnish her image.

A year after the had gone their separate ways, Poloo’s friend decided to leak the video in order to destroy the actress’ brand.

In the leaked video which was reported on earlier, Poloo could be seen “laying on her bed with her butt facing the heavens as her purse slipped out of space to receive some coins”. 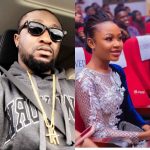 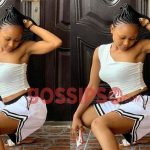