Afia Schwarzenegger might be sleeping with her own twins – Freddy Oppong

The guy in question angered Afia Schwar’s fans when he insinuated that the comedienne might be having s*x with her twin boys. 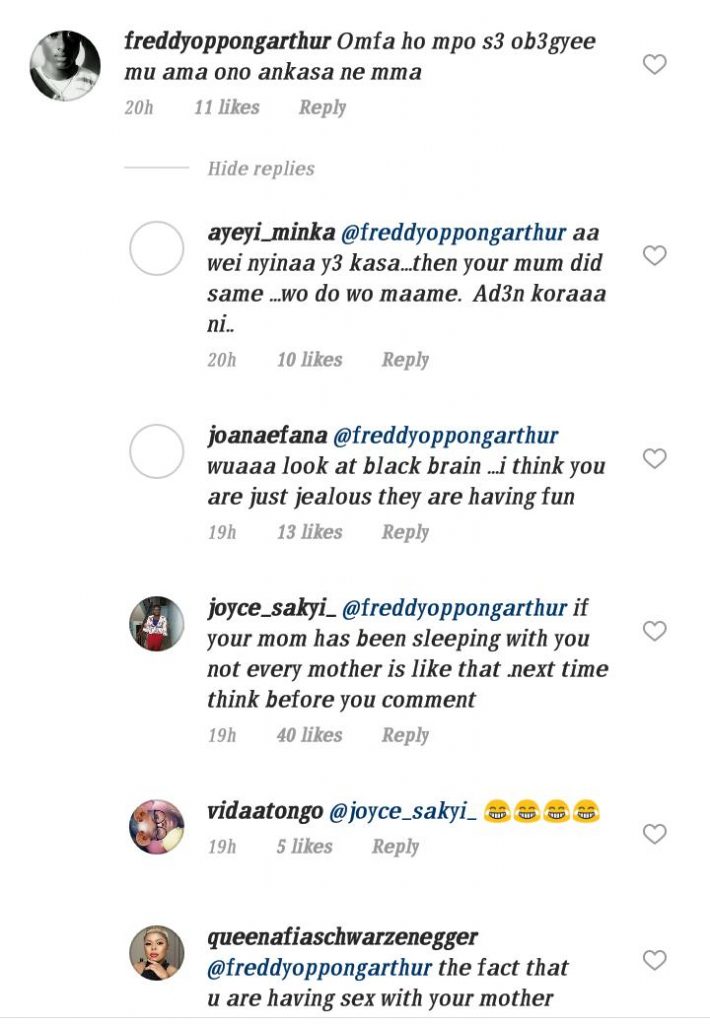 Out Of Jealousy, Afia Schwar Begins Her Own TV Show After…

This disrespectful comment made by Freddy has attracted many backlash and insults from a section of Ghanaians who believe it’s morally wrong for the guy to even have such thoughts. 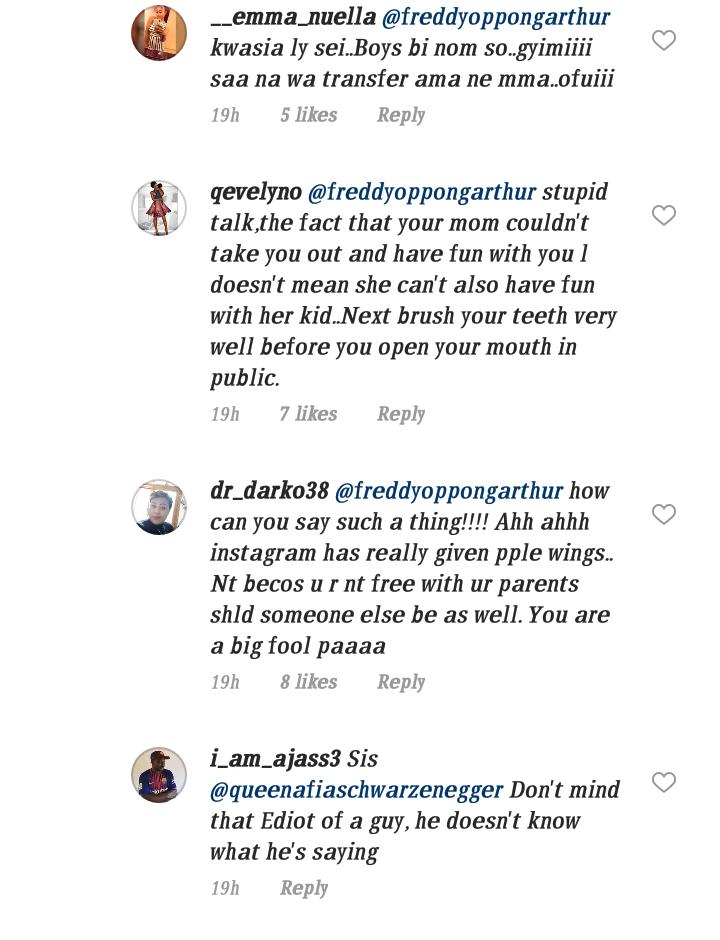 Afia Schwar who’s known to be a no nonsense person and one who won’t let things like this slide also replied the guy saying;

“The fact that u are having s3x with your mother doesn’t mean I can’t have fun with my children…I will rather advice you to see a counsellor cos incest is a taboo”.